My new post for @ArabLit on Muslim-Jewish and Arab-Jewish romances in Arabic fiction:

Demand for Dorit Rabinyan’s Borderlife has apparently surged since the novel was excluded from Israel’s high-school Hebrew-literature curriculum for the Jewish-Muslim love story at its center. Sarah Irving, who wrote her Masters thesis on the depiction of Muslim-Jewish and Jewish-Arab romances in novels written in Arabic or by Arabs — joins the discussion: 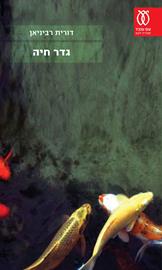 The small portion of the Twittersphere which cares about issues such as freedom of speech and human rights has been very vocal in the last few days about the removal by the Israeli Ministry of Education of Dorit Rabinyan’s Gader Haya (literally Hedgerow, but known in English as Borderlife) from the Advanced Literature reading list for the country’s schools.

The Israeli newspaper Ha’aretz quoted the reasons stated by the ministry for removing the book from school reading lists: “Young people of adolescent age tend to romanticize and don’t, in many cases, have the…

This entry was posted on January 4, 2016 by Sarah Irving in Uncategorized.